Who am I?
My name is Prisca Derungs and I grew up in the Canton of Grisons, in the Val Lumnezia, the valley of light, (where the biggest music festival of the Canton of Grisons takes place each summer). Over 90% of the inhabitants of the commune Lumnezia are Romansh speakers. A significant part of my school studies was in Romansh. In primary school all subjects were taught in Romansh (Sursilvan), with the exception of 4 German lessons a week from the 4th to the 6th class. In the upper school German was the major teaching language, with the exception of 2 Romansh lessons a week from the 7th to the 9th class and 2 French lessons in the 7th and 8th classes, as well as 3 English lessons in the 9th class.

In 2002, after compulsory education, I took up my apprenticeship as a retail employee in the food sector in the Coop of Ilanz and completed it successfully. During these three years of apprenticeship I was also taking 2 Italian lessons a week as part of the training. In 2007 I did a six-month language stay in Australia and in 2008 I spent two months in Japan. In 2010 I attended an Italian school in Italy for three months, and, in 2011, an English school in England for a month.

In autumn 2010 I started my translation studies with German as my mother tongue as well as English and Italian as foreign languages, at the SAL (higher technical school for applied linguistics) in Zurich. I successfully completed my studies in spring 2016. In 2013 I had the opportunity to take a five-month internship with the Romansh translation service of the State Chancellery of the Canton of Grisons. Later I was offered temporary jobs at the Lia Rumantscha (umbrella association of all Romansh associations) as a translator/proofreader. In 2016 and 2017 I had the possibility to take on various translation and proofreading jobs for Hogrefe AG (specialist publishing company for healthcare). From September 2017 until February 2018 I was working as a project coordinator for Datawords, a translation agency in Paris. From March 2018 I have been working as a freelancer and performing orders for Datawords. 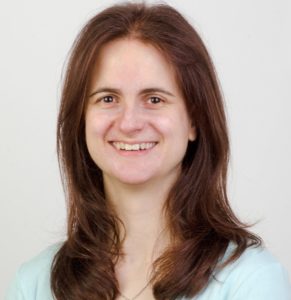